The place to find information regarding current news, donations, and more at St. Mary's Credit Union! 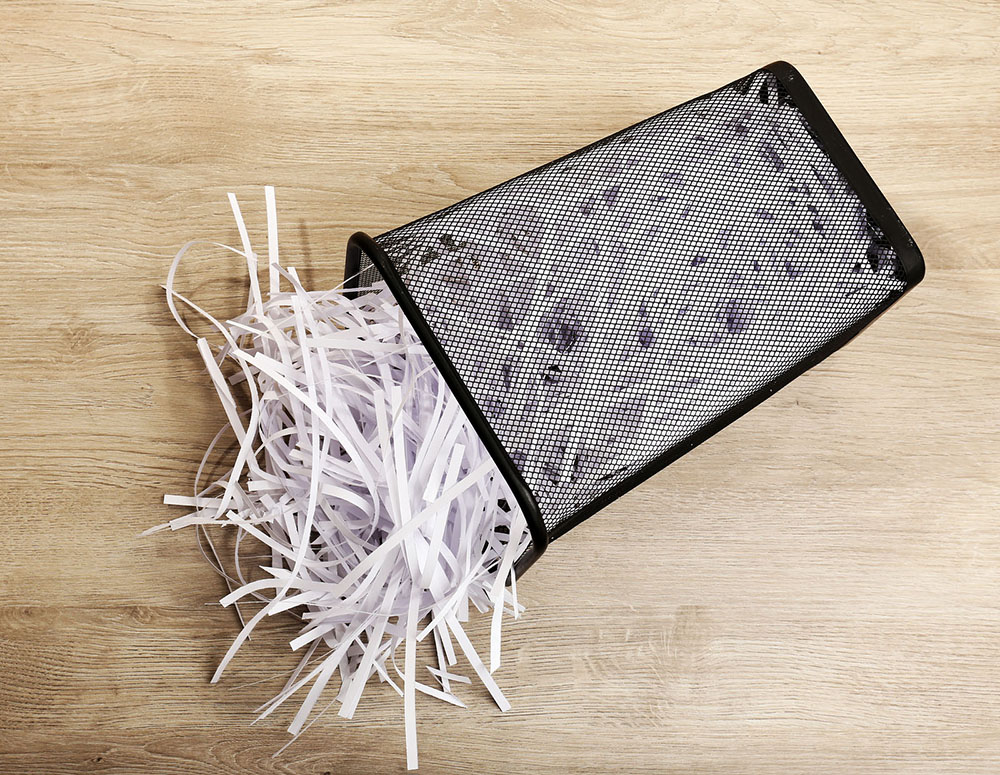 How will it work? Members will walk up to the shred truck with items to have shredded, as done prior to the pandemic. 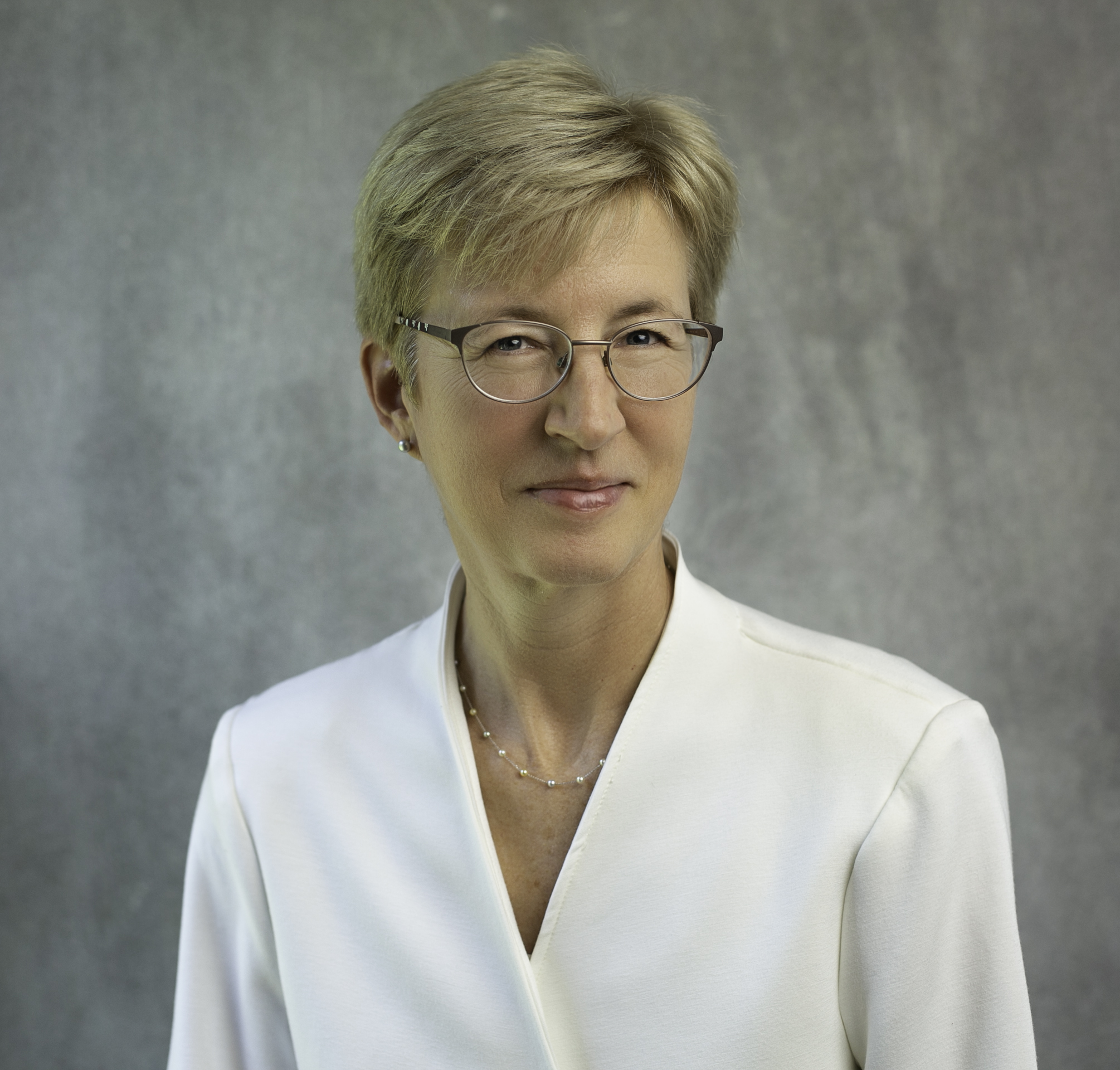 Eileen Potter of Princeton, MA, has been promoted to Vice President, Controller. Eileen joined SMCU in 2012 as Assistant Vice President, Accounting and was promoted to Vice President, Accounting in 2020. Her current responsibilities include maintaining and controlling the credit union’s accounting system, serving as the accounting representative for credit union projects, acting as a liaison for internal auditors, preparing various internal and regulatory reports, and overseeing the day-to-day operations of the accounting department.  Eileen’s new responsibilities include preparing monthly Audit Committee and Board financial reporting packages, working with the Senior Management Team to coordinate and prepare an annual budget, and managing the facilities vendor relationship.

Potter has spent over thirty years employed at various New England financial institutions within their accounting and finance departments while honing her skills and increasing her responsibilities as her career flourished.  Eileen also participates in the Read to a Child Program at the Richer Elementary School in Marlborough. 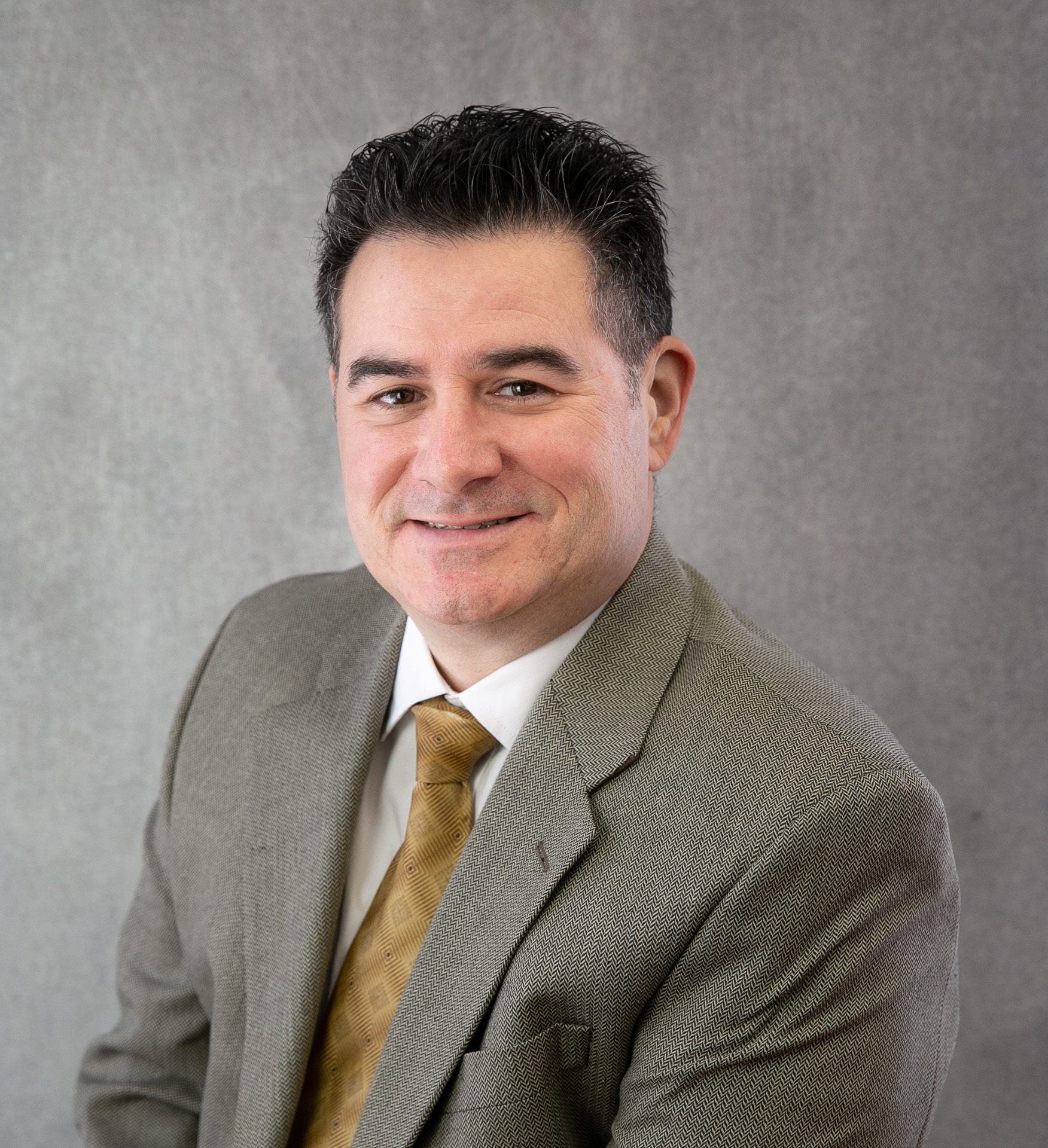 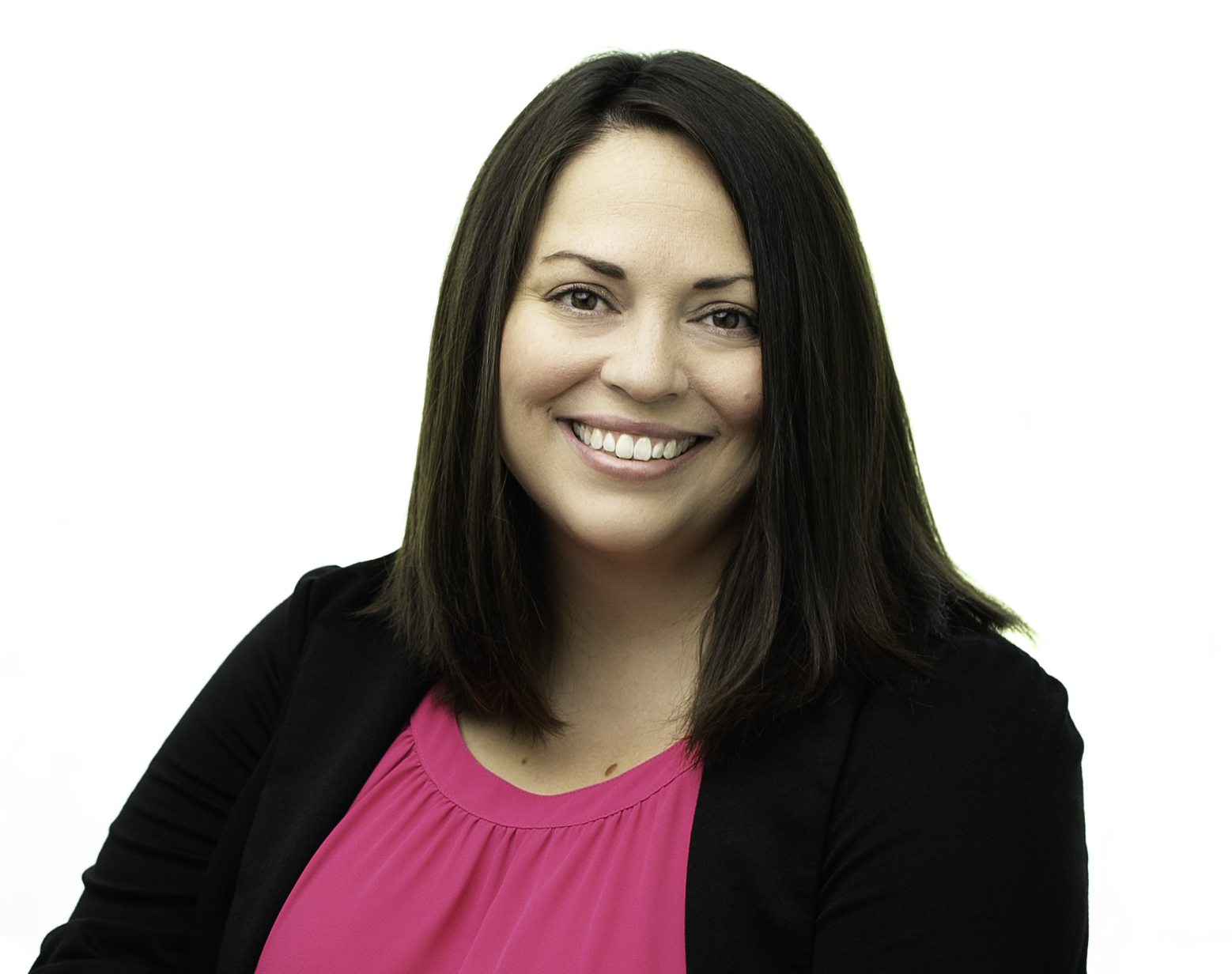 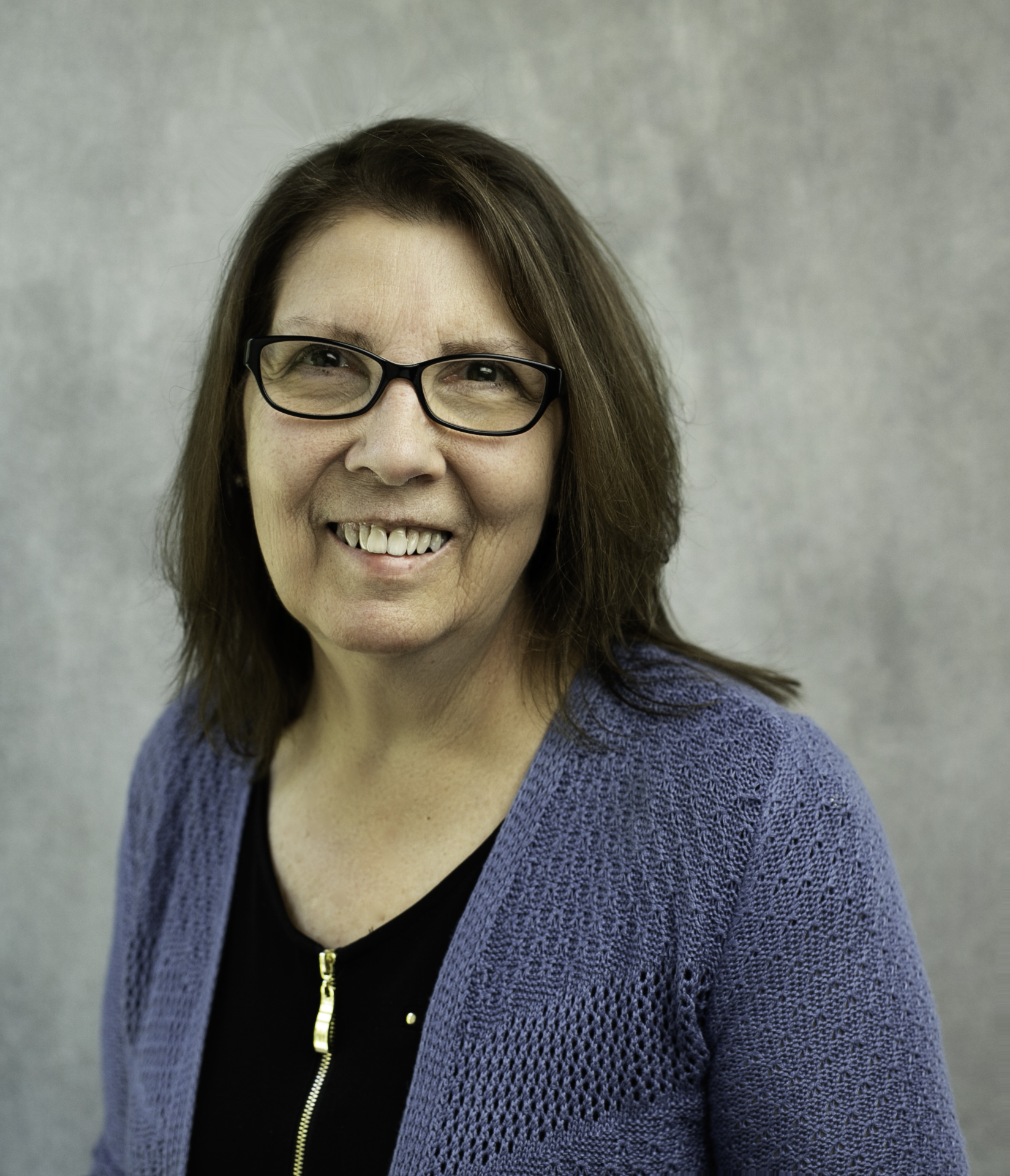 Will Yager of Charlton, MA, has been promoted to Vice President, Indirect Lending. Will is now responsible for credit decisioning, funding, compliance, portfolio management, and generating loan volume within the organization’s Indirect Consumer Lending department, which provides vital lending volume to the Credit Union. His leadership for St. Mary’s during unprecedented economic events allowed loan production to be maintained at projected levels during unpredictable times. Yager joined SMCU in 2011 and previously served as Assistant Vice President of Indirect Lending.

Beth Bertonassi of Marlborough, MA, formerly of Hudson, has been promoted to Assistant Vice President, Learning and Development. Beth joined St. Mary’s Credit Union in 2003 as a part-time Teller while still attending high school. Throughout Beth’s career at St. Mary’s she has worked in various roles within the Credit Union leading to her success as AVP, Learning and Development, where she fosters a learning organizational culture. Beth’s commitment to learning and community is evident in her passion for presenting Financial Literacy classes to local schools and participation in other community events. Bertonassi is also a member of the Association for Talent and Development (ATD).

Amy Mallette of West Warren, MA, has been promoted to Assistant Vice President, Real Estate Lending Officer.  Mallette joined the Credit Union in 2000 after 26 years in banking. She was the Branch Manager at the South Bolton Street branch in Marlborough for five years until overseeing Home Equity Lending for the Credit Union for the past 16 years, where she maintains the pipeline, coaches the processors, supports Retail and is dedicated to servicing our members. Amy also assists within the Mortgage Department and in a variety of Credit Union projects. 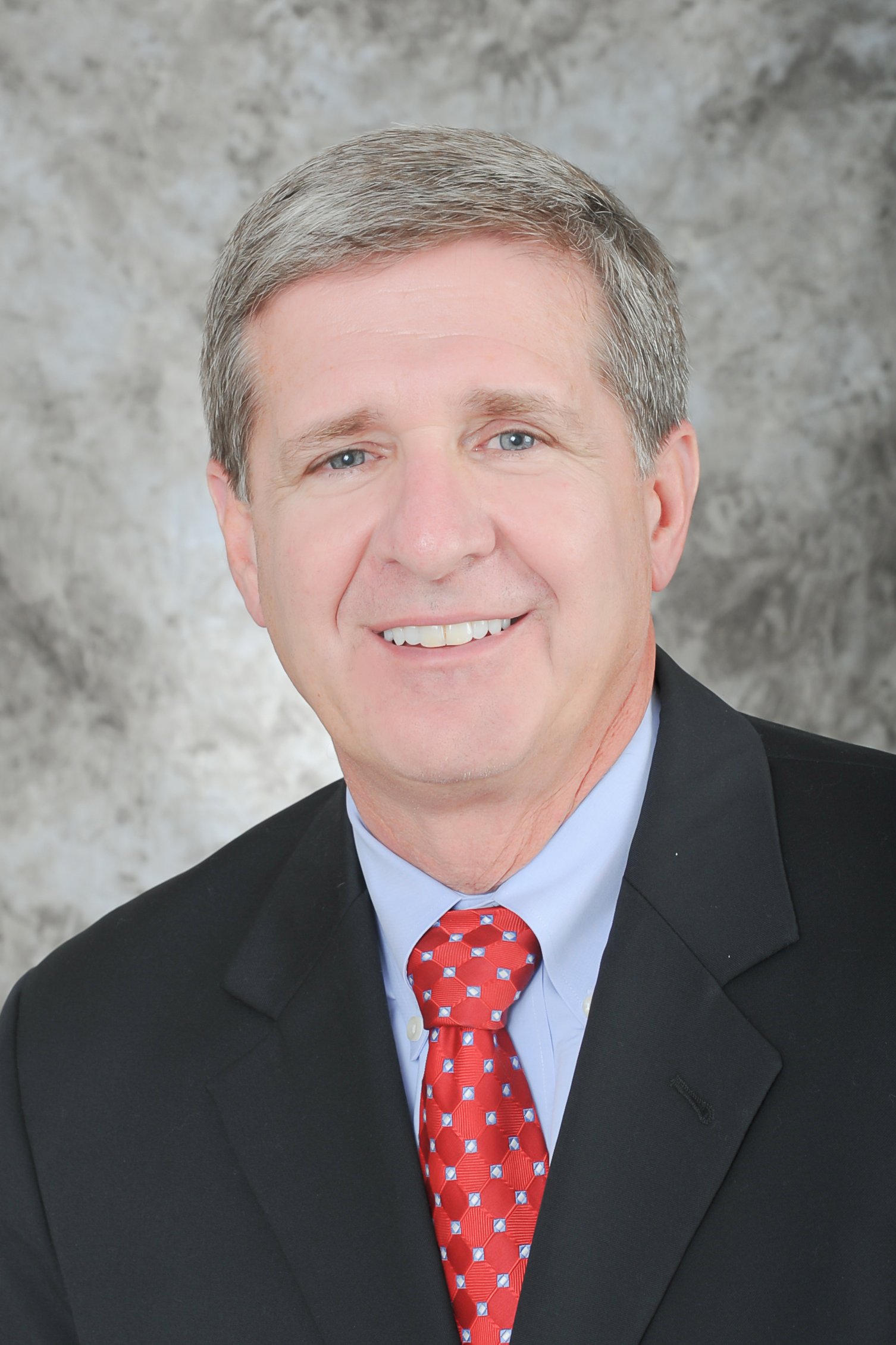 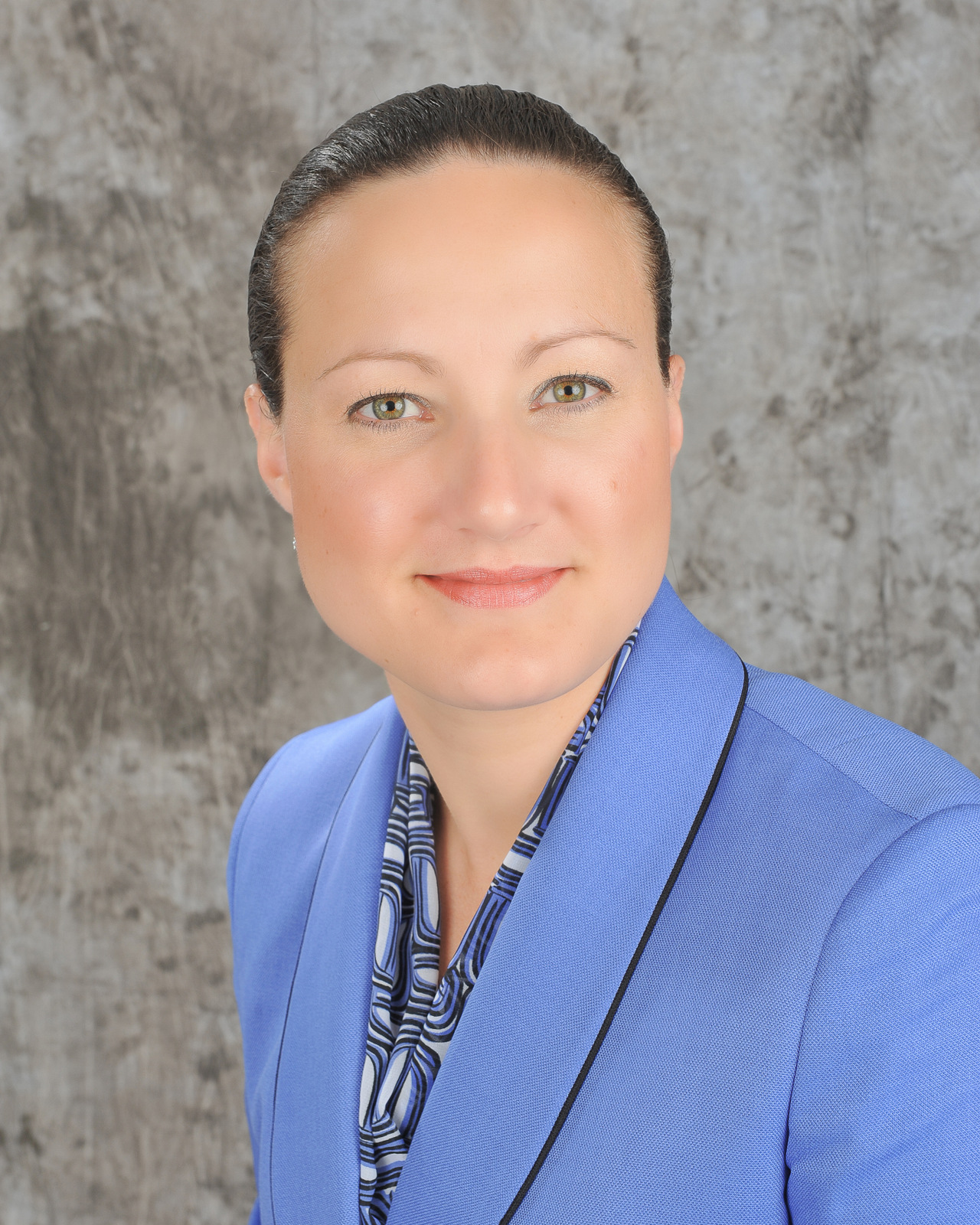 April 26, 2021—The Board of Directors of St. Mary’s Credit Union, a $975 million credit union serving members from all walks of life, today announced the appointment of Larissa C. Thurston as its new President and Chief Executive Officer, effective October 1, 2021. She succeeds James C. Garvey, who announced his retirement following eight years serving as President and CEO of the credit union and 40 years in the financial services industry.

Thurston brings a wealth of experience to this role and is the first woman to lead St. Mary’s Credit Union as President and CEO since the organization’s founding in 1913.

Thurston joined St. Mary’s Credit Union as Chief Financial Officer in 2014 and has more than twenty years of progressive banking experience with a strong background in banking strategy, finance, and operations. Most recently, she served as Chief Operating Officer and Chief Financial Officer where she provided vision, leadership, planning and management for technology, marketing, human resources, deposit operations, compliance, and finance plans and programs. Before joining St. Mary’s Credit Union, Thurston served as Vice President and Controller for Bank of New England where she developed Contingency Funding Plans, implemented risk management programs and policies, managed an acquisition, and oversaw the development of five new branch locations.

“Larissa has demonstrated extraordinary leadership over the years and the Board is impressed with her dedication to our mission of being here for our members,” said Gerard P. Richer, Esq., Chair, Board of Directors. “Her years of experience in financial services and her commitment to make our communities a better place for all will serve St. Mary’s Credit Union well in the years ahead.”

As the credit union transitions to welcoming Thurston as its new President and CEO, Richer added, “We also express our deepest gratitude to Jim Garvey for his years of exemplary service and dedication to the credit union. Under his outstanding leadership, St. Mary’s Credit Union experienced extraordinary growth, achieved its highest member satisfaction survey results, reinvigorated our brand in the marketplace, and oversaw the development of several new branches in our service area. We wish Jim the best in his well-deserved retirement.”

“It is truly an honor to lead St. Mary’s Credit Union as we continue to grow our products and technology while maintaining the friendly, reliable service our members have come to know and trust for more than 100 years,” said Thurston. “I thank the board for the opportunity to lead St. Mary’s Credit Union and to Jim Garvey for his support and mentorship. I am looking forward to maintaining our strong commitment to our members and to our communities.”

A resident of Bolton, Mass., Thurston serves as Member-at-Large on the Board of Directors Executive Committee at the United Way of Tri-County and as Treasurer on the Board of Directors at the Boys & Girls Club of MetroWest. She also serves on the Member Advisory Panel of the Federal Home Loan Bank of Boston and is a Read to a Child student mentor at the Richer Elementary School in Marlborough.

St. Mary's Credit Union was founded in 1913 to promote savings and provide a source of credit for the city's mostly blue-collar French Canadians employed in shoe factories. Today, St. Mary's Credit Union is a $975 million credit union serving members from all walks of life, including newly-arriving immigrants coming to the United States in search of their American dream. Until recently, St. Mary's Credit Union primarily served the residents of Marlborough and surrounding towns. Utilizing the benefits of technology and electronic delivery channels, St. Mary's now offers membership benefits to a much broader geographic region that includes all of Middlesex, Worcester, Norfolk, and Suffolk counties. 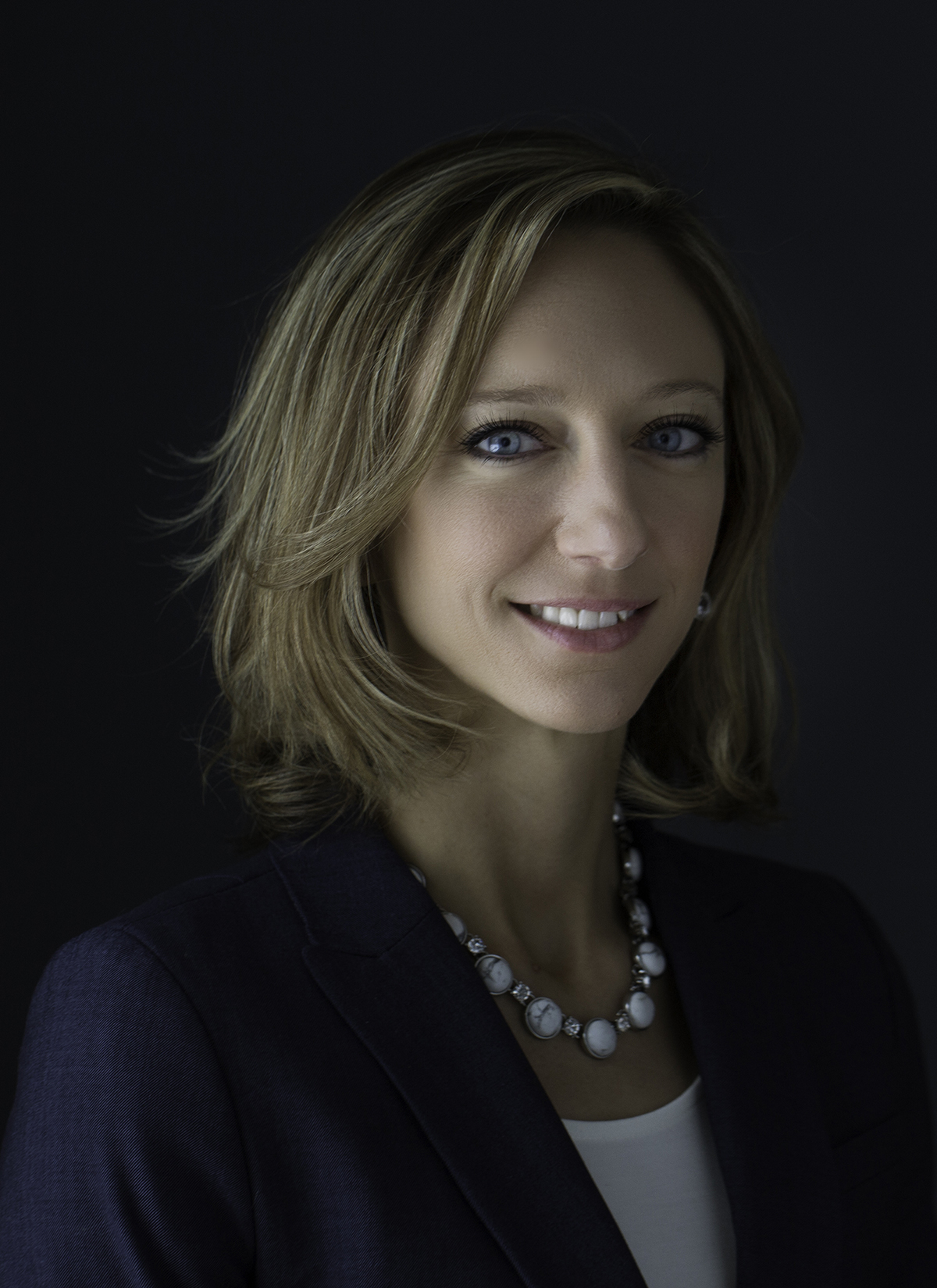 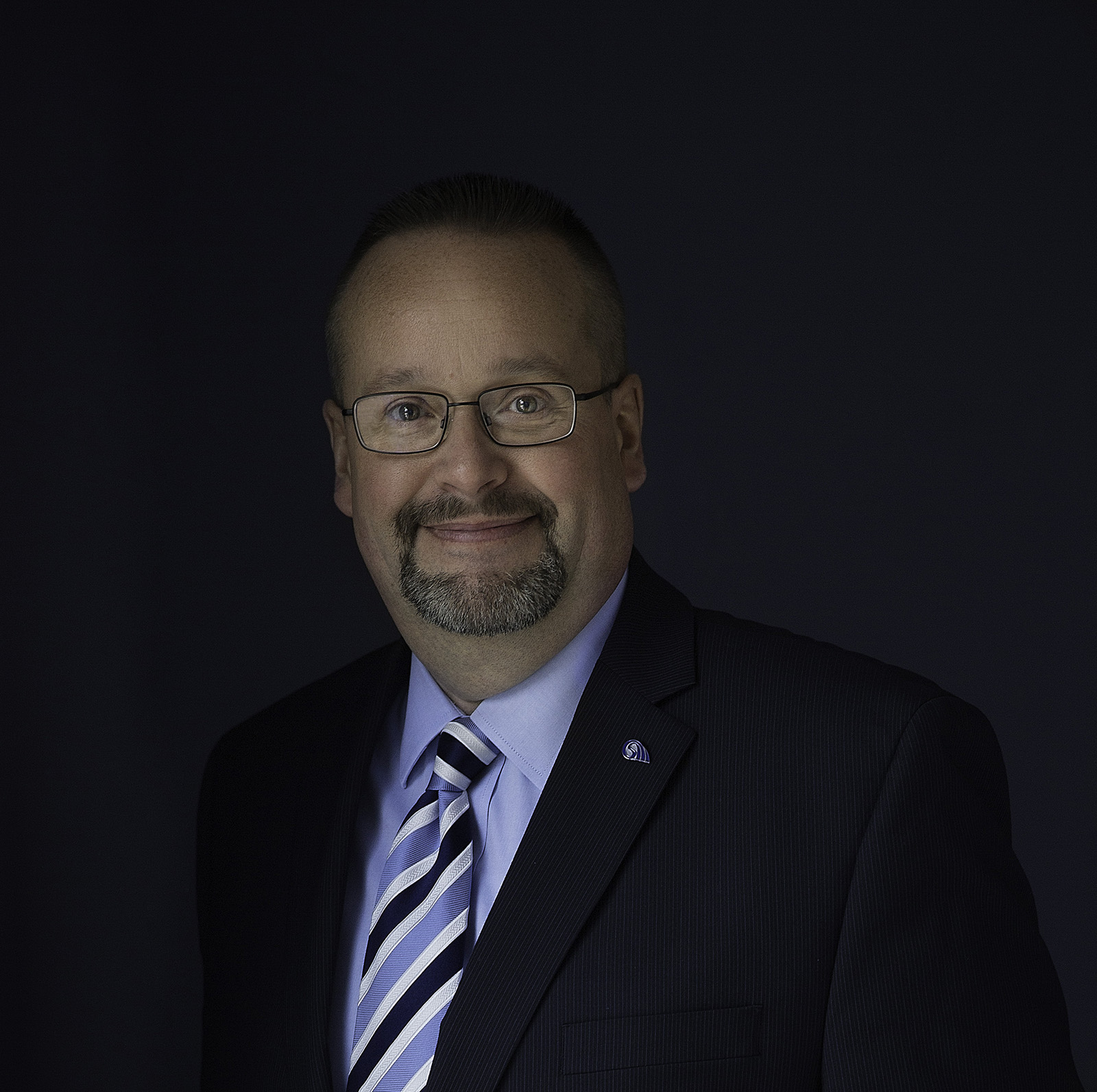 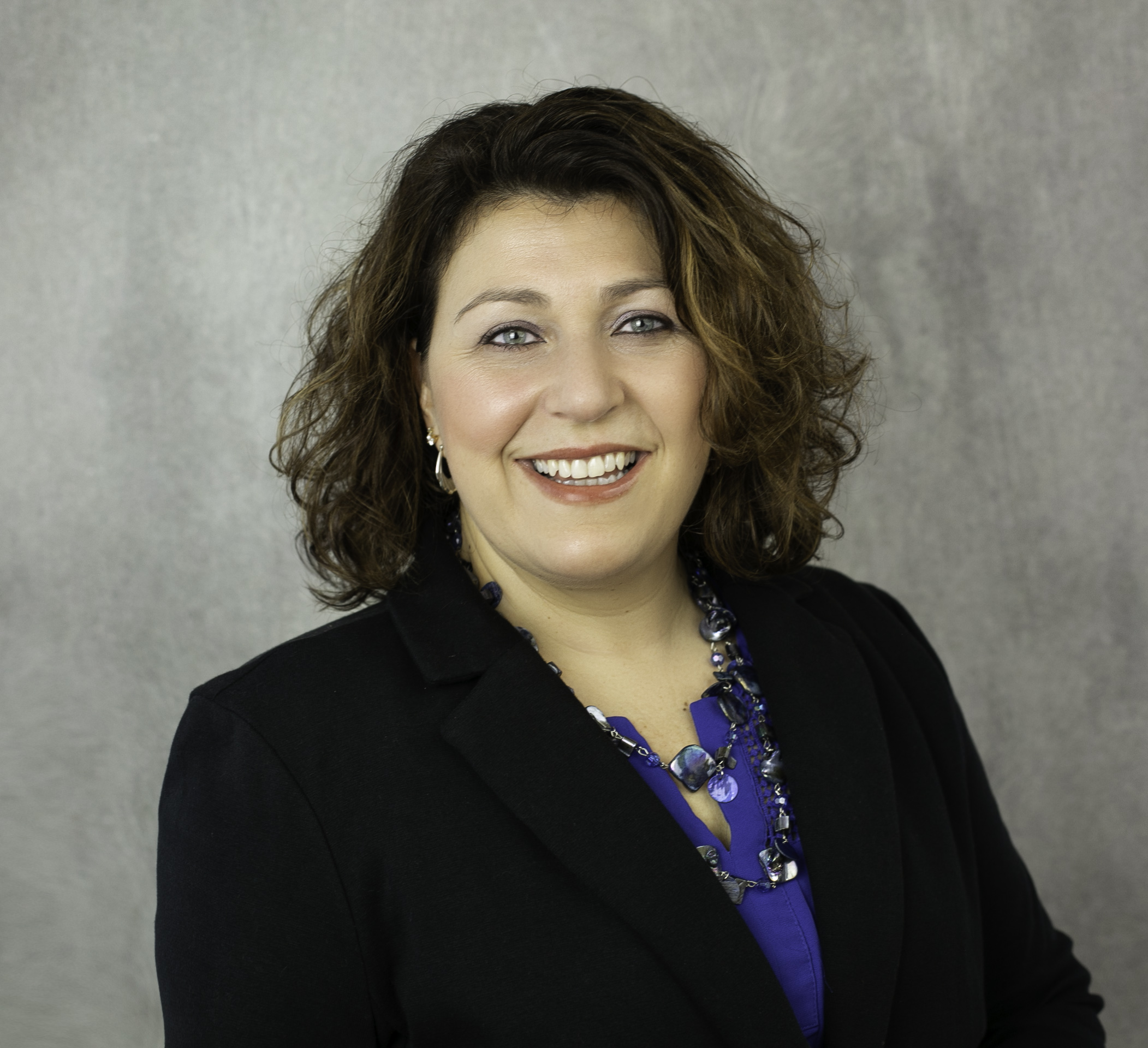 Sarah A. Day of Marlborough, MA has been promoted to Senior Vice President, Commercial Loan Officer. Day previously served as Vice President.  She joined the credit union in 2005 as a Marketing Manager and transitioned to the commercial lending team in 2013, where she specializes in commercial mortgages, vehicle and equipment lending, and commercial lines of credit.  Sarah was instrumental in driving St. Mary’s PPP (Paycheck Protection Program) lending in 2020, and is part of the lending team that has made St. Mary’s the #1 Credit Union in Massachusetts for SBA Lending for the last six years.  She is an advisory board member of the local non-profit Provision Ministry, Inc. based in Westborough, MA, and is part of the Young Professionals Advisory Board of the non-profit Yamba Malawi based in New York City.

Christine G. Monteiro of Hudson, MA has been promoted to Senior Vice President, Branch Administrator. Monteiro previously served as Vice President, Retail Services. Christine joined St. Mary’s Credit Union in 2004 as Branch Manager for the credit union’s Hudson branch. For the past two years, Christine has been a Regional Manager overseeing the Hudson, Northborough, and Westborough branches.  In 2020, Christine led the business development effort and cash management services at a time when business members needed her most.  In that area of responsibility, she worked closely with business lending and electronic services. In her new role, she will be responsible for the organizational management of the day to day operations of SMCU’s branch network and for expanding business services and the business development team. 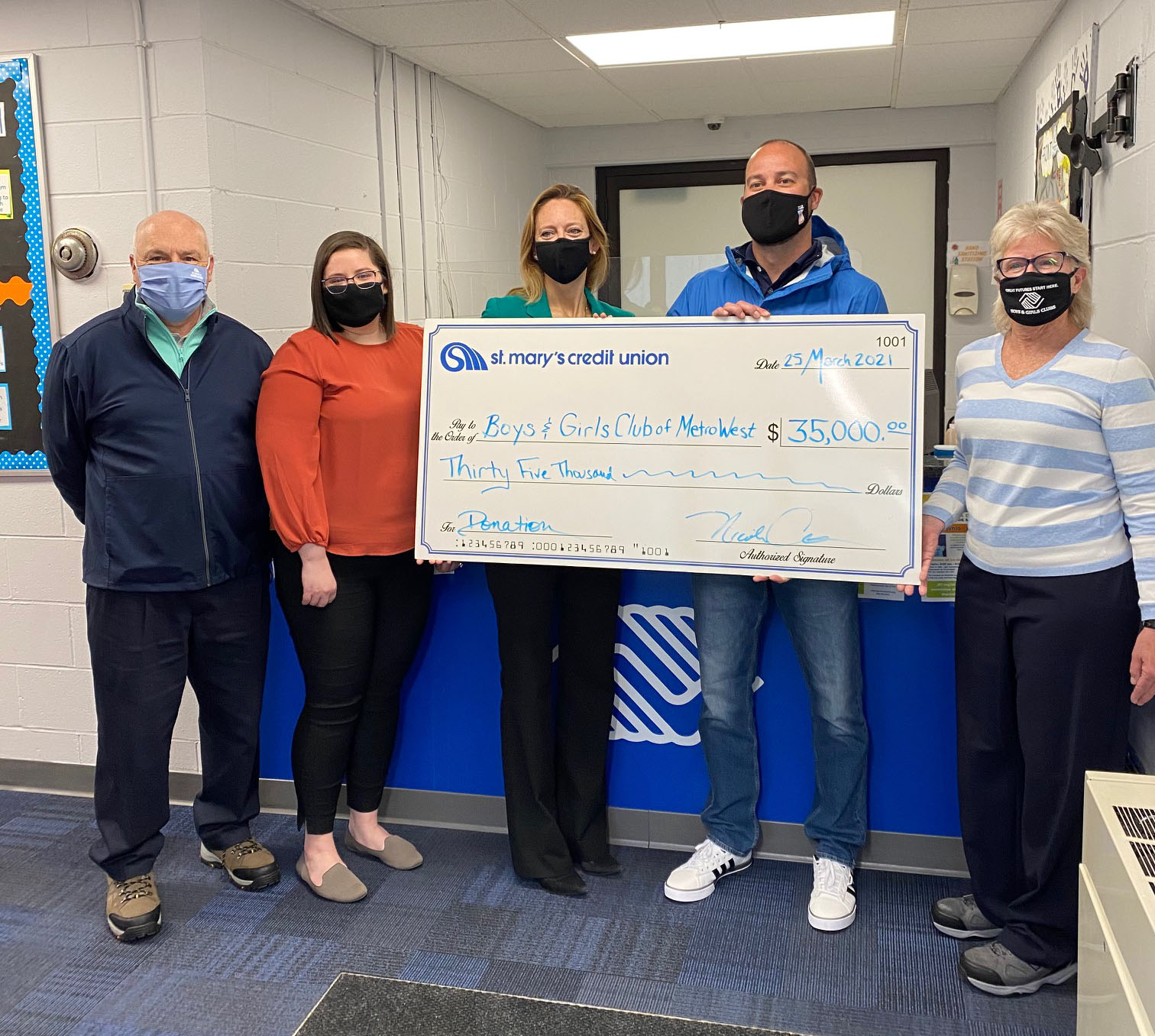 Commitment that could only come from a neighbor

Our communities and events